The one where Martha makes her point, but then sabotages her point with her thought balloon.

Panel 1:  Martha says that they have been going out together for two years, so it appears that her history-keeping excludes the time they were dating before they broke up the last time.  Only contiguous dating is allowed.  Martha actually made the move to start a relationship with Michael at the summer camp a little under 4 years ago.  They dated until Michael’s 13th birthday, at which point Martha dated Lawrence for 10 months.  Then at the all-white Valentine’s Day dance in 1990, Martha approached Michael after announcing she had been dating Lawrence just to make him jealous.  (I know that there are those who will dispute my theory that Martha was dating Lawrence in that 10 month period, but I like my version of the story for a variety of reasons).

When I was younger, I counted the breaks.  I had a girlfriend for 3 years, but there was a little stretch in there when she was dating someone else, but I still counted the time from start to final finish.  Not Martha.  Contiguous only for her.

As for Michael, he calls her "Mart" and just for that, she should have broken up with him years ago.

Panel 2: Martha whips out the “Honestly.”  This little business of channeling Elly Patterson should have ended things with Martha right there.   Nevertheless, I like the way that Michael’s eyes turn towards the cars while Martha is talking to him about ignoring her to look at cars.  More mysterious than that are the strange wires that connect from nowhere to that silhouetted building.  They don’t look like the wires for a utility pole.  Why are they there?  Why did Lynn Johnston draw them? 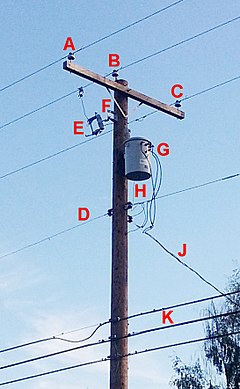 Panel 3: Martha’s argument gets a little weak here, which is what usually happens when a character does a set up for a punchline instead of what a normal human would say.  She should be angry that Michael has been ignoring her and he should be interested in her, but instead she argues that Michael should have other (generic) interests than cars.


Summary: Will Michael notice that Martha is looking at another guy?  Will Michael wonder why Martha's lips are suddenly giant-sized?  Will Michael respond to Martha's complaint at all?  Other writers might answer those questions now that they have brought them up, but those writers are not Lynn Johnston.  Follow-through is for punks and Lynn Johnston does not play that.